As we push towards the end-of-year holidays, there is a tendency to look back in an effort to make sense of the year. I suppose I’ll do some of that next month too. For now, though, I’d like to look ahead.

Every year I look forward to the Event Safety Summit like other people anticipate Christmas. A week of total immersion in discussions that matter both personally and professionally, hanging with friends from around the world who I see only once or twice a year, in a cool Rock Lititz environment with all the event industry toys one could want. 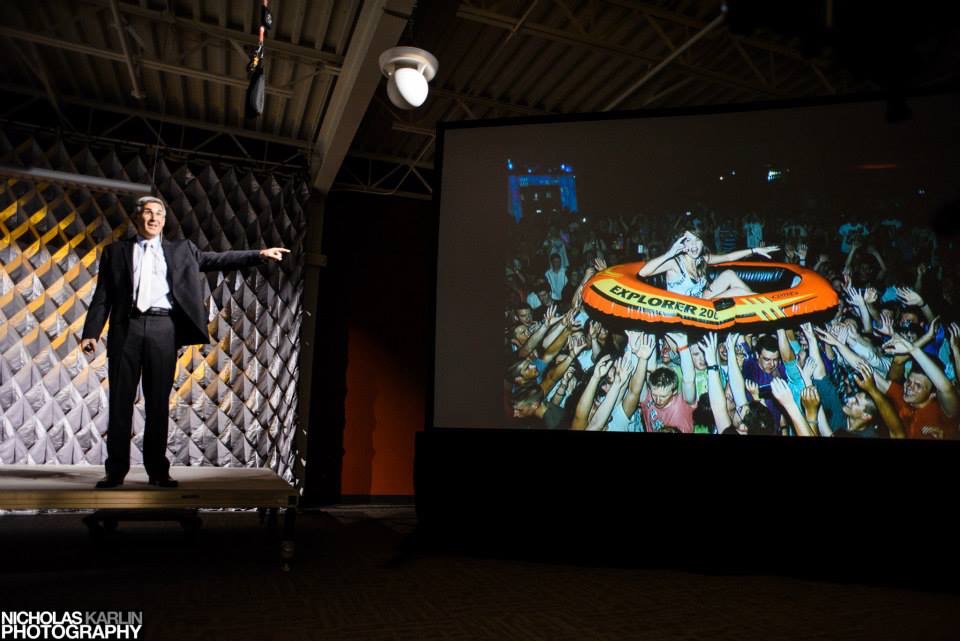 I’m obviously biased because I’ve been involved in creating these Summits since the Event Safety Alliance’s first one back in 2014 (shown above). But if you like to geek out with your most interesting peers in one same place for a few days, there’s no better place to be.

The Long-Awaited Crowd Management ANSI Standard is Not Far Behind!!

I know I have thought this before, but this time the first-of-its-kind Crowd Management ANSI standard really is in the home stretch. Unlike many standards which articulate objective and verifiable truths, this one starts by acknowledging that no crowd dynamics or crowd expectations will be identical from one event to the next, or at the same venue from one week to the next. 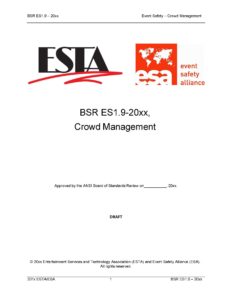 Because this uniqueness could make a standard hopelessly squishy, we took a different approach. Rather than saying exactly what one must do in a given circumstances, we identified issues that a reasonable person could consider in order to make reasonable crowd management decisions under the circumstances of that event and that crowd in that space on that day.

If this sounds like an application of the legal duty of care I always discuss – that one must behave reasonably under the circumstances (insert mental image of me and a Blue Man here) – then congratulations, you’ve been paying attention.

The standard has one more hurdle to clear in January, then, assuming no further drama, it will receive final approval in early April. To follow the harrowing journey to becoming authoritative industry guidance, check out this account I wrote for The Crowd magazine, “How the Sausage Got Made.” Considering that we started work back in 2016, I’m excited and eager to get to the finish line.

A Unified Theory of Exceptionalism

I like teaching at Arizona State University because I get a lot of opportunities to play with ideas with smart people who are open to new ways to look at old questions. Yesterday, I may have had an epiphany, and since I’m not the sort of guy to keep an epiphany to myself, here is the story.

A law student contacted me about helping formulate a topic for her Sports Law Journal note, basically a short law review article. These are useful credentials on a student’s resume, but they’re necessarily on narrow legal issues so they’re often dry and few people read them. The issue she called about was an idea I had given to one of her peers early in the semester about the legal doctrine of an “open and obvious danger.” 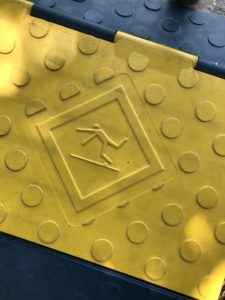 Basically, if a danger would be open and obvious to a “reasonable person” (them again!), then a venue or event operator has no legal duty to warn of the hazard or take steps to mitigate its risk. Here in Arizona, for example, there is no duty to warn of the risk of falling into the Grand Canyon – everyone can see that it’s big and a long way down, and it’s too long to install railings.

The student was interested in the application of this basic common law defense in the context of sports and entertainment venues. I eventually steered her to a statute that, in an interesting Puritanical throwback, penalizes people who get hurt if a jury decides that at least 50% of their injuries were caused by alcohol.

The statute needs a bit of context to lead us towards the epiphany. Most states in the U.S. apply “pure comparative fault,” meaning that everyone is responsible for injuries or property damage in the exact proportion of their own responsibility for causing that damage. A person who is 25% at fault for their own injuries will receive 75% of their total damages; a person who caused 75% of their injuries by their own behavior will receive just 25% of their damages from other parties who acted negligently. Makes sense, right?

But A.R.S. §12-711 is much more judgmental. Rather than evaluating everyone’s contribution to damages on their own merits, this statute (and similar ones in many other states) stops apportioning fault at 50%. When alcohol is involved, unlike any factor that might contribute to harm, the law shuts down the analysis and says ‘you did it entirely to yourself’ at the half-way mark.

I find this troubling in the context of live events because alcohol is such an integral part of the patron experience. Alcohol distributors slap their product brands on the buildings and sell at stands throughout the venue in a rough social contract with the patrons who buy the stuff at a huge mark-up, all providing the revenue stream that makes live entertainment economically viable. From patrons to promoters to venue operators to security, everyone involved in the process of creating live entertainment knows this is the deal. And anyone who has been, or known, a young adult is at least generally familiar with the effects of alcohol on judgment, perception, and physical capabilities.

Conclusions: (1) Alcohol is a common element of many live events; (2) strong economic incentives exist to sell alcohol at these events; (3) given the 50% statutory cutoff for plaintiff compensation in many states, weaker economic incentives exist to enforce rules against over-service of alcohol; (4) the event environment encourages patrons to behave in ways that are desirable and even necessary for the event’s existence, then legally penalizes them for the consequences of this foreseeable behavior.

I am troubled by this conflict between economic incentives versus legal disincentives. The law seems to be at odds with the social contract between patrons and event organizers regarding the purchase and consumption of alcohol.

Here’s the big picture, and the source of my epiphany. I have long argued that the usual active shooter training, “Run, Hide, Fight,” doesn’t work well at live events. Event spaces are experienced differently from the office buildings for which the strategy was designed, and patrons at a game or show have very different situational awareness than workers at their desk. Consequently, the crowd management strategies taught to people who create and secure live events must be different than the strategies taught to white collar employees.

Likewise, my conversation with the law student made me realize that the law also fails to account for the difference between making bad personal choices about alcohol at home versus buying too many drinks from an event organizer whose ability to finance the event depends, in part, on alcohol sales.

If you have thoughts on this subject, I’d be interested in your take. I suspect I’ll work on other things for a while, then return to this with fresh perspective.