I have a lot of thoughts about the tragic events of this past Monday night in Manchester, England. In fact, I have already said a lot, so I will sprinkle this narrative with links so you can watch or read my pearls of wisdom, along with those of other purported experts, as they appeared in various media accounts.

Manchester is not an “entertainment” story, it’s about public safety. Because the explosives were detonated in the public train station outside the security perimeter of privately-operated Manchester Arena, I explained on CBS This Morning that this incident raises no direct questions about whether entertainment venues are safe. The Arena’s own security was not tested, and the venue operator had no apparent authority to determine security beyond its own doors. 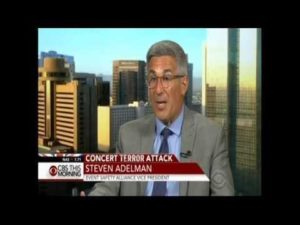 The bombing had nothing to do with Ariana Grande or her audience. The only respect in which the event itself mattered is that a concert, like any other scheduled event, provides a definite and foreseeable time when large numbers of people will be in one place. I said in Billboard that for all the difference it made, the crowd could have been leaving a political rally or even a chili cook-off. The fact that the artist has announced a benefit concert in Manchester shows that she is aware of her public image and her ability to offer healing – it is not an admission of responsibility.

Manchester is not at all like the Bataclan shooting, but has much in common with the Boston Marathon bombing. Other than that Manchester Arena and the Bataclan theater are both entertainment spaces in Europe, these incidents are completely different. But as I told The New York Times, both Manchester and Boston took place in crowded public areas, surrounded by law enforcement and monitored by CCTV. By identifying the correct context, one is less tempted to focus on the form of entertainment, and one avoids an alarmist inflation of the number of similar incidents.

The challenge for public safety is that bad guys look like everyone else. If you have heard me talk about the flaws in the City of Houston’s Run, Hide, Fight video, that active shooters don’t necessarily look like Vin Diesel, dress in all black, and wear dark wrap-around shades indoors (as the shooter does in that video), then you already understand that it’s hard to identify bad guys before they do something bad. Private security guards are not profilers, and as I discussed this week in Time magazine, even when someone is on a watch list, as the Manchester bomber was, it is still exceedingly difficult to catch them in the act.

Event spaces do more to keep guests safe than ever before. For every reporter who listened politely to my explanation why Manchester is a public safety story, then nonetheless asked if entertainment venues are secure, I walked them through the ticket-holder’s experience approaching the venue. It goes something like this: (a) more bollards separating vehicles from pedestrians; (b) better outdoor lighting/CPTED; (c) the first security checkpoint may be further from the ingress doors; (d) more bag checks and pat-downs; (e) fewer large bags permitted; (f) more magnetometers, either hand-held or walk-through; (g) more uniformed security guards; (h) more off-duty law enforcement; (i) more CCTV, with much higher resolution; and (j) all of this is becoming more common even at venues smaller than Manchester Arena. Nonetheless, coverage from as far away as Singapore shows how hard it is for industry professionals to convince the public that bombings, shootings, and vehicle attacks are different threats that call for different responses.

What more can be done? The obvious complement to adding resources is training staff to use them. The Event Safety Alliance provided Associations Now with a counterterrorism strategy document created by ESA board member Tim Roberts of The Event Safety Shop in the U.K. And in the training part of Adelman Law Group, I teach NFPA-compliant crowd management, active shooter response, and other programs to enhance situational awareness precisely because individuals really can make a difference. During the attacks in Paris, one of the heroes was the security guard outside Stade d 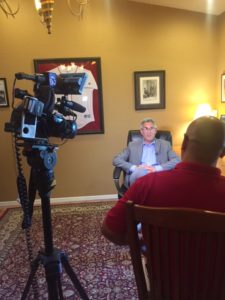 e France who prevented a suicide bomber from entering the stadium; in Manchester, two homeless men in the train station administered first aid. Even hourly, part-time, seasonal workers can do more if we offer them training.

Sometimes “more” isn’t the answer. In news outside Manchester, I was also interviewed in USA Today regarding a man who fell over a railing to his death when leaving Wrigley Field in Chicago last week. The well-meaning reporter was struggling to write his story because few facts have been released about this incident, so many of his questions called for more speculation than I felt was a good idea. At the end of a trying week, I suppose a bit of impatience rose to the surface. Here is how the article ended:

“One can always increase safety measures,” said Adelman, the event safety expert based in Arizona. “You always can. It’s literally true. Ultimately, you can bubble-wrap everyone and make them sit in their living rooms not doing anything. That’s the safest thing of all.”

Thank you, Captain Obvious. As a more reasonable solution under the circumstances, I recommend paying attention to how you plan your events, how you deploy your resources, how you cooperate with your public and private partners, and how you train your workers.