I have long been annoyed by the admonition to “See Something, Say Something.” There is ample evidence across time and demographics that most people do neither. See, for example, Amanda Ripley’s very readable book about people’s “disaster personalities,” or my article about the inapplicability of common active shooter training to live events.

Everyone who has ever attended a concert or sporting event ha

s observed that people who are impaired by alcohol, drugs, or the excitement of the moment are slow to perceive and react to anything unexpected. When I talk about the sort of situational awareness on which many emergency plans are based, I show an image of a unicorn.

Consider just a couple of recent examples. A DJ working Pulse nightclub’s outdoor patio when shooting broke out in 2016 told reporters, “I heard shots, so I lower the volume of the music to hear better because I wasn’t sure of what I just heard. I thought it was ﬁrecrackers, then I realized that someone is shooting at people in the club.” Earlier this month, a man sitting at a café outside YouTube’s headquarters observed, “It was a surprise, because you don’t really expect something like that. I heard some pops, I obviously thought it was balloons, but then I thought that doesn’t make sense, not today. Then I heard more shots and that’s when everyone started scrambling for the door.”

It’s not just fans who suffer from “confirmation bias,” by which everyone’s brain tries to fit unfamiliar things into familiar boxes in order to keep us from being attracted to shiny objects all day long. Even (presumably) sober event professionals engaged in their daily tasks walk past errors and hazards all the time. Faithful readers will recall my many pictures of rooms set up with blocked emergency exits. Not only were the rooms set up wrong, but smart people who came to hear me talk about safety in public accommodations walked in, sat down, and neither saw something nor said something. I don’t think they were all outliers. 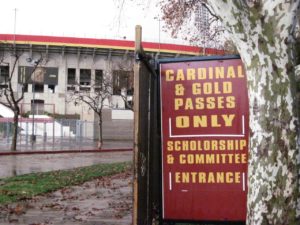 Here are two new additions to the gallery I’m calling, “Yeah, That Looks Fine.” In each, the typo should be obvious  because the misspelled word is the whole point of the communication. I am confident that the smart people at USC know how to spell “scholarship,” just as I am sure that the people who promote my local professional soccer team know how to spell “Phoenix.”

So what explains this? 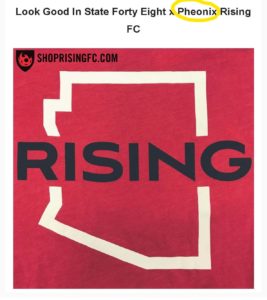 We filter out things that don’t fit what we expect to see – this is what allows us to get through our days. Everyone has something called a reticular activating system that allows our brains to deal with the two million bits of information we receive each day by simply ignoring most of it. We are not “situationally aware,” as we usually use the term, because we’d all be paralyzed by sensory overload.

There is a different sense in which the term “situational awareness” does make sense.  And, satisfyingly for people who take seriously our legal duty to behave reasonably under our circumstances, it turns out that our awareness depends significantly on context.  Check this out.

When concertgoers are standing in a general admission area as a band strikes its first chords, we know where their awareness is focused – front of house, center, on stage.   For a sporting event, everyone looks at the field; for a corporate event, we anticipate the MC taking the stage.  In each situation, the crowd’s awareness of what’s happening at front of house center is fantastic.  And entirely foreseeable.  Because event professionals put in a lot of work to make that the focus of everyone’s attention.

Now we’re getting somewhere.  Since we know where everyone is looking and what everyone is listening to, we can work with that to help inform them and move them in an emergency.  Here are a few common procedures. 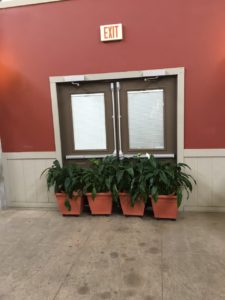 It is important to accommodate people as they actually behave, not as we think they ought to behave.  People who come to see a show will generally focus on the show and miss nearly everything else.  This is what we intend to happen – if our audiences couldn’t relax and leave their usual concerns behind for a few hours, then we’d all have to find something else to do for a living.

Even though we are presented with frequent reminders that people lack a helpful baseline of awareness in everysituation, at least we know where their awareness is focused in our situation, when they visit our venues to experience our events.

This kind of situational awareness is not a unicorn – it’s reasonably foreseeable, because we create the event experience to ensure that awareness.  We should use it not only to entertain our guests, but also to help keep them safe.